Jo Drummond to join the Public Works commission board

Originally from Toronto, Canada, Jo Drummond has lived in Boston, Colorado and Miami until settling in Los Angeles in 2010.

“In fairness and the fact that women represent more than half of our community that the right thing for me to do is to resign my commission,” Palmer said during the meeting.

Drummond said Palmer has been advocating to fix the broken pipe on Malibu Road and hopes to tackle that issue first.

“He has been fighting for that for the last 10 years, so I’m hoping that’ll be the first thing we get done,” Drummond said. “I think because of my Indian heritage, I’m very close to family values and I think that is important for the community at large and the environment — just keeping that preserving all of that is important to me. But the safety of the community is important, which I think public works is a huge part of the safety of PCH and our beaches eroding. There’s so many things that need to be planned for and so we’ve got to really listen to the community because it’s the residents that know what’s really going on.”

Drummond has an extensive quantity of qualifications and involvement throughout her career. She has been a board member of the Malibu Township Council since last year, and a committee member of Coalition for Slow Growth. She has also been a member of the Big Rock Property Owners Association Board for five years, and has helped provide generators to Big Rock.

Drummond has also uncovered deterioration of the city’s dewatering system and helped the city hire a new geotechnical firm to maintain and monitor the system; they recently repaired 17 out of 23 wells in two years and one out of three of the hydraugers.

“As a commissioner, I plan on keeping the residents informed and representing their wishes and putting the environment and residents and safety first above all and of course working together with the other commissioners, with the Malibu vision and mission statement in mind, everything we do that’s number one,” Drummond said. “The county has said in 30 years, most of the beaches in Malibu will be half the size so we need to address that somehow.”

In addition to her involvement, Drummond has three kids: Charlotte, 21, attends Emerson College in Boston; Trinity Rose, 19, attends UCLA; and Thomas, 16, who attends Malibu High and is on the Malibu Seawolves swim team. Jo Drummond also supports and manages Trinity, who is a singer/songwriter, and her ambassadorship that includes the charities with Westside Food Bank, Malibu Foundation, Grace Rose Foundation for Cystic Fibrosis, Round Table Global and the L.A. Malibu Marathon.

“She also performed weekly at the Homeless Outreach site on Wednesdays at Malibu Methodist Church during Malibu Music Nights from 2014 to 2018 and performs every summer at Malibu Lumberyard’s Summer Sundays,” she said.

Drummond said her and her husband Colin are involved with fire training and fire protection.

“I’ve been active in my community with the landslide assessment district and the Westward Beach project, so I’m very interested and I would actually get input from the public and follow the vision and mission statement, which is what Palmer was always fighting for,” Drummond said. “So I hope I can follow his footsteps.”

“I am grateful to Bruce Silverstein and Jim Palmer for their commitment to women’s voices being heard in the community by making room for one more on the commissions,” Drummond added. “I will work with the community and public works to come up with an educated plan to help save our eroding beaches, make PCH safer for motorists, pedestrians and bicyclists, make our landslide assessment districts more stable and in good repair with proper monitoring, and help reduce costs to residents within the civic center wastewater treatment phases and basically help to maintain our beautiful open spaces and natural environment.” 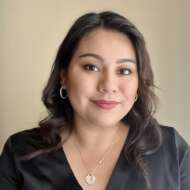