Malibu doctor is behind movement in treating women that he believes will provide worldwide medical education to underserved nations.

On an island in the Philippines several years ago, Leo Lagasse, an obstetrician and gynecologist who specializes in gynecologic oncology surgery, encountered something he had not seen in decades of practicing medicine in the United States-a 37-year-old woman with a 57 pound tumor.

Halfway through a nine-hour operation to remove the tumor, the operating room ran out of blood and four members of his surgical team donated their own. The woman, whose tumor had been growing for six years, survived.

Lagasse, a Malibu resident, was on a trip with Medicine for Humanity, a nonprofit organization he founded in 1995 that focuses on improving women’s health care worldwide in underserved areas, primarily in Africa, where curable problems that frequently go untreated often result in death.

After taking a safari trip to Africa in the 1980s, Lagasse returned home thinking about what could be done to improve the global inequalities in women’s health care. Lagasse, professor emeritus at UCLA David Geffen School of Medicine, co-founded Medicine for Humanity with Dr. Robert S. Greenburg, with the backing of UCLA in 1995. OB/GYN residents enrolled at the Geffen School of Medicine were asked to electively participate in the program in their third year of clinical rotations.

Lagasse said that by improving the overall health of women in developing nations, the general well-being of their populations would follow suit and support the building of a sustainable health care system in those countries.

“I believe women are the portal through which a global-wide movement to provide medical education to underserved nations will proceed,” Lagasse said. “This movement has already begun and is having a significant impact in many places in Africa that have embraced education.”

Today, Medicine for Humanity has successfully conducted trips in more than 18 countries, including Eritrea, the Philippines, Uganda, Mongolia, Niger and Cameroon, to name a few, and performs roughly 200 surgeries annually overseas. While abroad, UCLA residents and attending doctors both treat and coach native medical professionals on the latest advances in women’s health care, in addition to laying the groundwork to continue providing the same level of care after they leave.

“He is an outstanding human being and is recognized nationally and internationally as a top gynecologist and oncologist,” said Dr. Gautam Chaudhuri, chair of UCLA’s Obstetrics and Gynecology department. “He has given the vision both to the faculty and the residents about the importance of global health. Because of his influence, people understand what the Third World needs and [are] more clinically aware of the advantages of being in the United States.”

Lagasse estimated that in some of the nations he has served, there can be one to two maternal deaths weekly, in contrast to one to two a year in the United States, and as many as 10 fetal deaths a week. Women typically face problems with pelvic masses, cervical cancer and urinary fistulas, or a hole in the bladder caused by prolonged labor, all of which are treatable with modern medicine, Lagasse said.

Yet because the ratio of doctors to patients in some countries can be five to 500,000, Lagasse estimated, training individual doctors was deemed to be ineffective in curbing the deficit of health care personnel or lack of proper medical care in the countries the organization serves. (In the U.S. there is roughly 1 doctor to every 500 people.) Typically, half of the doctors in many of the countries receive their training abroad and never return, Lagasse said, due to frustrations with lack of infrastructure and general disorganization in their native health care systems.

Medicine for Humanity is now working on implementing a Global Medical Education program that will utilize the latest technology to show live footage and simulations from surgical procedures, lectures and conferences in the U.S. and transmit them via Web-based applications to the developing nations.

It is Medicine for Humanity’s hope that with this method more native doctors can be trained in the latest medical procedures and reduce the overall health care deficit, a shift from treatment to prevention, in addition to increasing public knowledge about reproductive health and prenatal care.

Lagasse hopes the program can expand to include other University of California schools in GME technology. Uganda has been selected as the first country to implement the new program, due to both the necessity for improved medical care and its desire to improve the current system, Lagasse said. A group of doctors, led by Lagasse, will be flying to the country next month.

“The effects of this modern, radical upgrade of medical education in these underdeveloped countries can scarcely be overestimated,” Lagasse said. “There is a great need in [Uganda], but we know we can meet that great need. Even with the challenges, it is also ready for progress.”

Lagasse’s work does not go unnoticed.

More information about Medicine for Humanity can be found online at www.medicineforhumanity.org 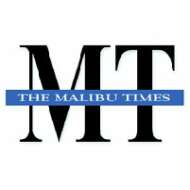